What is the Matrix?

“The Matrix is everywhere. It is all around us. Even now, in this very room. You can see it when you look out your window or when you turn on your television. You can feel it when you go to work… when you go to church… when you pay your taxes. It is the world that has been pulled over your eyes to blind you from the truth.
Neo: What truth?
Morpheus: That you are a slave, Neo. Like everyone else you were born into bondage. Into a prison that you cannot taste or see or touch. A prison for your mind.” 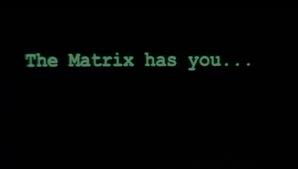 Morpheus: Have you ever had a dream, Neo, that you were so sure was real? What if you were unable to wake from that dream? How would you know the difference between the dream world and the real world?

Morpheus: You’ve been living in a dream world, Neo.

Neo: This… this isn’t real?
Morpheus: What is real? How do you define real? If you’re talking about what you can feel, what you can smell, what you can taste and see, then ‘real’ is simply electrical signals interpreted by your brain.

“Is there any way to be sure that your whole life has not been a dream? I don’t think that there is. Typically we call some experiences “dreams” and others “reality” by contrasting them. Experiences that we call “real” are consistent and predictable. For example, 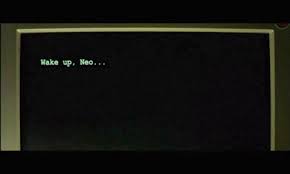 people don’t just get up and fly away in “real life” while they sometimes do in dreams. And it is not unusual for the experiences we have in dreams to jump around from one time and place to another, while those events we call “real” do not. But if your whole life has been a dream, then there is nothing to contrast these experiences with. In this case, the “dreams” that you recall each night are just dreams within the dream. And that contrast still holds. Even if your whole life has been a dream you could distinguish your nightly dreams from your “waking experiences” much of the time. But how do you know that you are not in Neo’s predicament- that even your waking experiences are simply more dreams- just more predictable ones? Morpheus’s suggestion seems correct. If you have never awakened from the dream to see what “real life” is actually like, you would have absolutely no way to discern that you are dreaming.”
― Matt Lawrence, Like a Splinter in Your Mind: The Philosophy Behind the Matrix Trilogy

You have a problem with authority, Mr. Anderson. You believe that you’re special, that somehow the rules don’t apply to you.

Trinity: Because you have been down there, Neo. You know that road. You know exactly where it ends. And I know that’s not where you want to be. 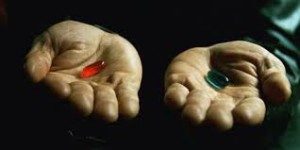 “This is your last chance. After this, there is no turning back. You take the blue pill – the story ends, you wake up in your bed and believe whatever you want to believe. 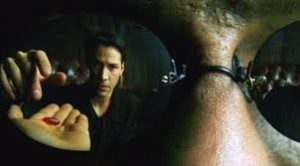 You take the red pill – you stay in Wonderland, and I show you how deep the rabbit hole goes. Remember, all I’m offering is the truth – nothing more.”

“I’m trying to free your mind, Neo. But I can only show you the door. You’re the one that has to walk through it”

“You have to let it all go, Neo. Fear, doubt, and disbelief. Free your mind.”

“There’s a difference between knowing the path and walking the path.”

The matrix explores the themes of awareness, reality and beliefs. Or more simply your perception of “reality” to be because of the beliefs you have about reality. “The mind makes it real”

The main character is first introduced as Mr Thomas Anderson. We soon find out that he has another name, Neo. Neo is the french word for new and it is an apt name for the character as we follow his journey from one of being limited in his awareness so that he can only see that which he has been conditioned to see and that he therefore believes in, to suspending his usual perception of life so he can see what the matrix is and how it has a complete hold on everyone in it. He goes through a process of challenging his beliefs about reality, about himself, about what is possible and as a result becomes new, unrestrained by the beliefs that held him in place before. When he turns to face the agent in the subway, “he is beginning to believe” there is a moment in the ensuing fight where it appears the agent (the strongest and most aggressively limiting aspects of the matrix) has the upper hand, holding his head to face the oncoming train and call

s him Mr Anderson, his name from the matrix. Neo rejects this and asserts with conviction “My name is Neo”. Thus declaring how he now saw himself and would not accept the past name to define his identity and associated limitations. It is no coincidence that this was a pivotal moment where Neo then threw off the agent and had his first victory against him.

Boy: Do not try and bend the spoon – that’s impossible.
Instead, only try to realize the truth.
Neo: What truth?

Boy: There is no spoon.
Then you will see it is not the spoon that bends, it is only yourself.”

Morpheus: What are you waiting for? You’re faster than this. Don’t think you are. Know you are.

Morpheus: How did I beat you?
Neo: You… you’re too fast.
Morpheus: Do you believe that my being stronger, or faster, has anything to do with my muscles in this place? You think that’s air you are breathing now? 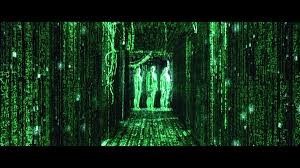 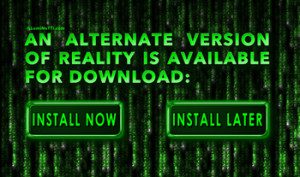